This time, the curator, Namino Ishikawa explained the relationship between the exhibition spaces and Ventura’s works, and how to appreciate his works which look a little difficult to understand.
According to her, if you keep the relations between his works and classical pieces in mind, you will be able to have different experience.

This exhibition is composed of six display spaces. In the fifth exhibition space,
various small sculptures are placed side by side from the entrance as if they were apostles serving God. At the very back of the room, the large-sized painting whose motif is “Crucifixion “is hung on the wall.
This picture takes the typical theme of Western religious painting. Above the head of Christ, the letters “CLASSIC” are represented like a sign and his expression is hidden by metallic needles. Instead of an angel, an astronaut with wings, skeletons of family monkeys, a character of monkey holding bananas drawn by simple lines like comics, a stylized banana tree and a column of Greek architecture are placed around Christ. 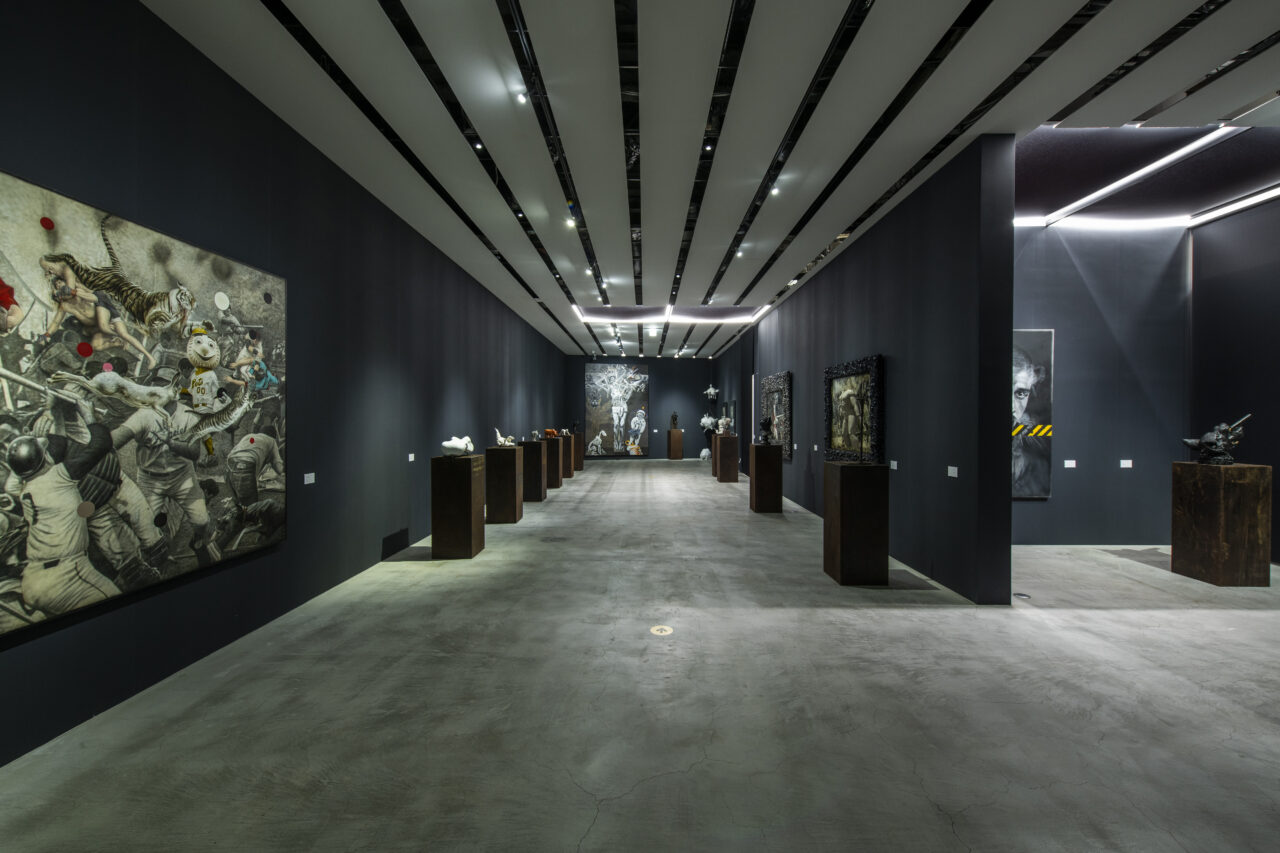 Room 5
Ventura transformed the original icon to another with a different meaning by cleverly incorporating a variety of aspects in the modern society into a classic style of religious painting.
Eternal piety, the theme of classical paintings, is given different significance here and presented as the one of various symbols in the modern society. 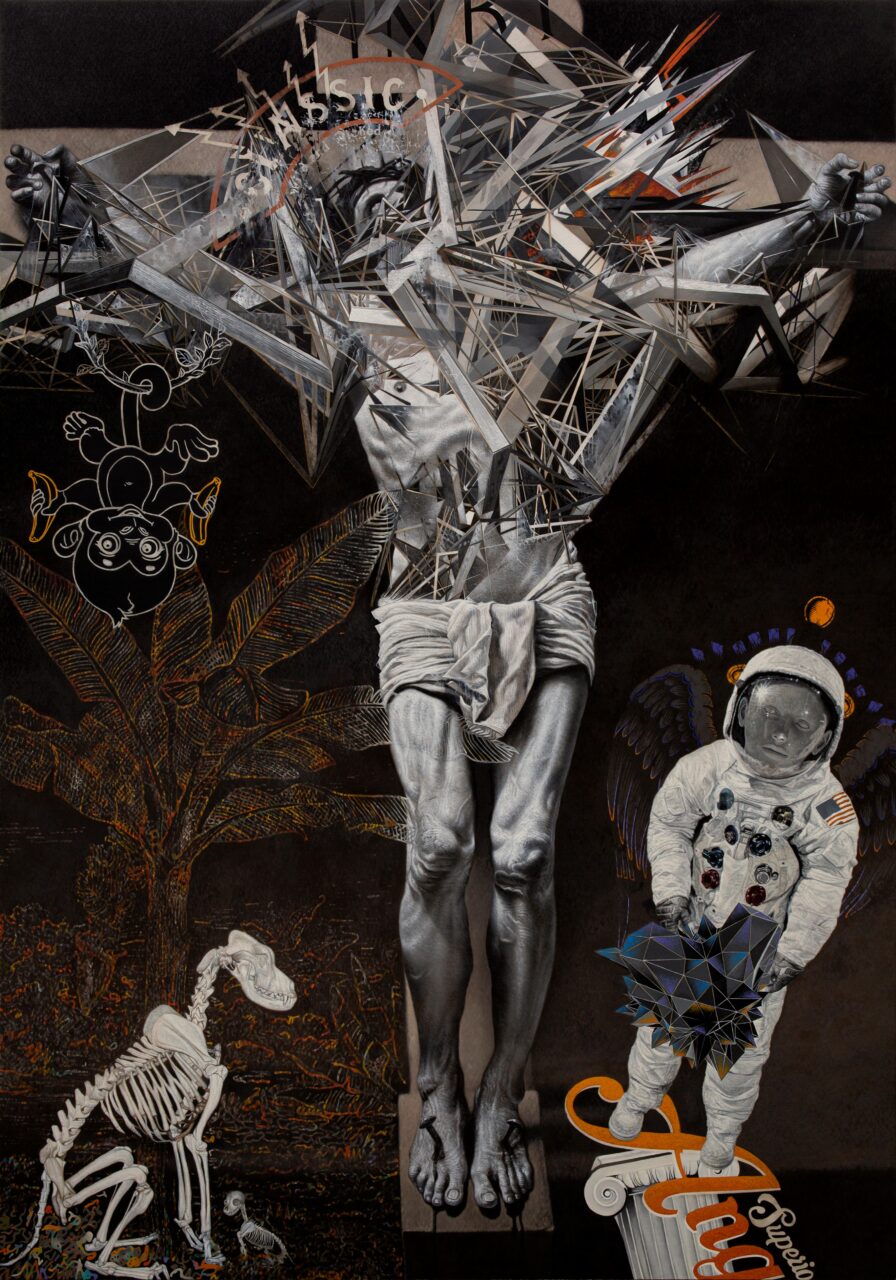 Another remarkable painting that visitors should note in this exhibition space is “Over D Fence.”

This picture represents a brawl scene of baseball game. The figures of players painted precisely like black-and-white photography, a battlefield photographer, tigers, a monkey, a rabbit, a cat, a dog, people whose face is covered with a ball, etc. wriggle lively and some spots add pop modernity to the painting.
This work borrowed the composition of “Liberty Leading the People” by Eugene Delacroix, famous as the representative piece of 19th century romantic painting. Although the individual motifs are different from the original ones, the composition and the impact of Delacroix’s painting are not influenced by these alterations and kept as they are. 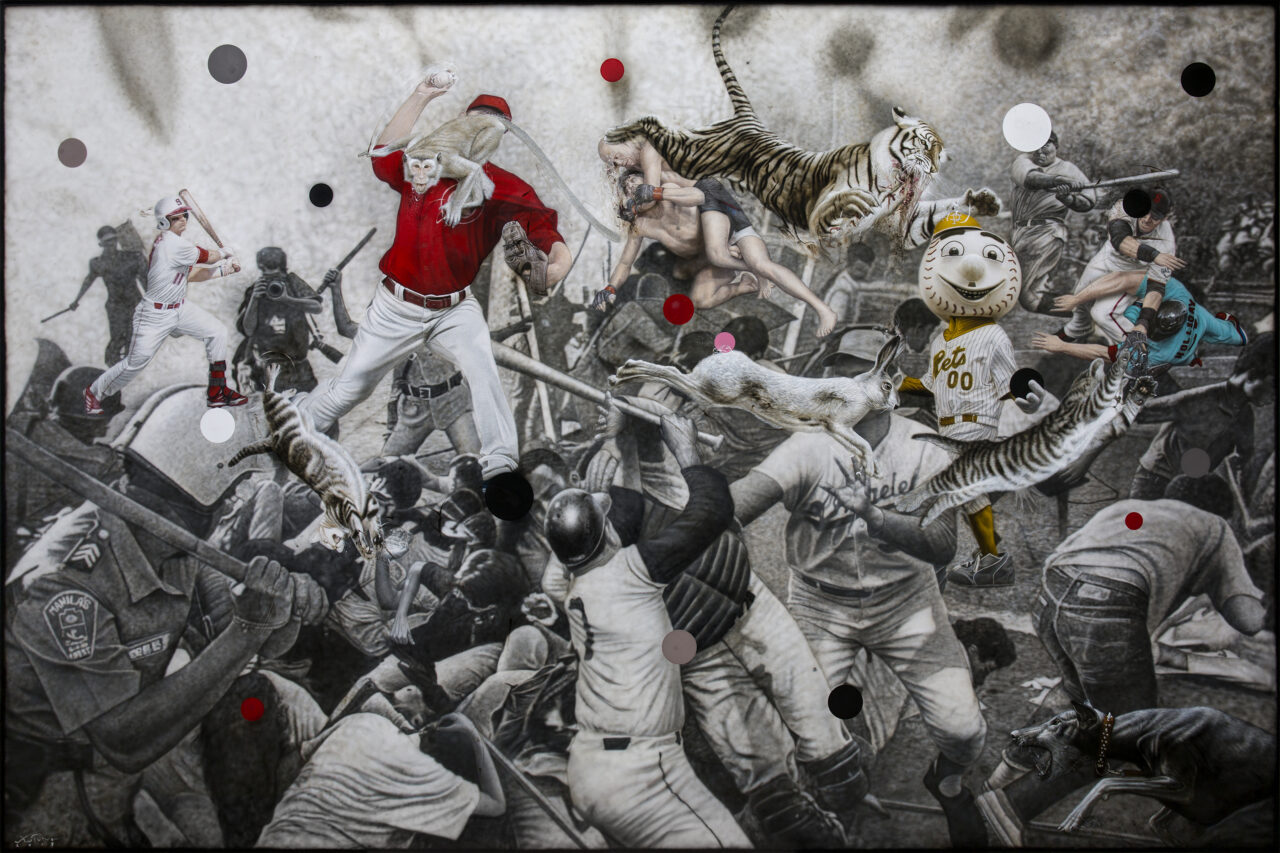 Ventura’s respect for western art and history, as well as his energy trying to go beyond them and create a new world, are his answers to ancestor artists as a contemporary artist.
(Karuizawa New Art Museum Curator: Namino Ishikawa)