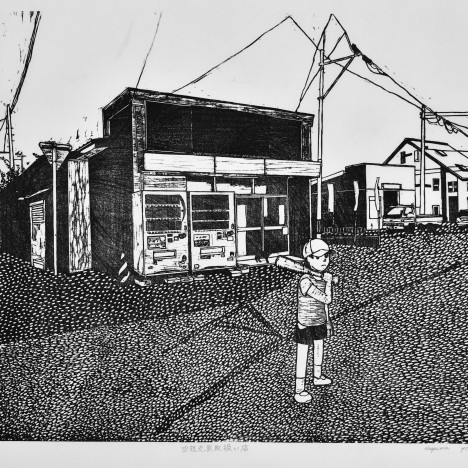 This time Gallery is delighted to hold an exhibition by Yoko Okuyama “Magasin imaginaire”-her first solo show in Karuizawa.

Born in 1985 Aomori prefecture, Yoko Okuyama has worked energetically centering her creation on wood curving after graduating from the Department of Fine Arts, Faculty of Arts in Nihon University College of Art. Okuyama’s works consist of making so-called Japanese manga motifs which is probably representative of the pop culture in Japan, into engravings. Her attempt will blur the border between printed matter as the vehicle of manga and artworks including engravings. Okuyama’s object reminiscent of context of stories like a single frame cartoon, going over a hedge of two-dimension and three dimension enables us to liberate oneself and to reach the freedom to immerse ourselves in this imaginary world.
The texture of Japanese paper by wood cut print and the monochrome screen completed by black print will surely make viewers feel nostalgic.

We hope you will enjoy this exhibition on this occasion.

I’m always thinking what extent is the engraving while making my artworks.
On the one hand the engraving has plural properties, on the other hand there is “monotype”characterized by its uniqueness.
As to photography to be printed thus it’s regarded as the engraving. Or should we think of media itself to be propagated ? I’m addicted to this question seeing whether there is an answer or not.
One day I randomly thought the place where to obtain the most“printed matter”including engraving is bookstores. Then when going to a bookstore in town I found out that manga occupies the large space there.
Manga is the book consisting of an over palm-sized with images and letters. Many people have manga and get familiar with it, that is usually too close for us to aware of being “printed matter”. That’s why I came to regard manga as something situated between printed matter and engraving and made it with the use of manga visualizing a certain ambiguity to judge whether it’s engraving or not. 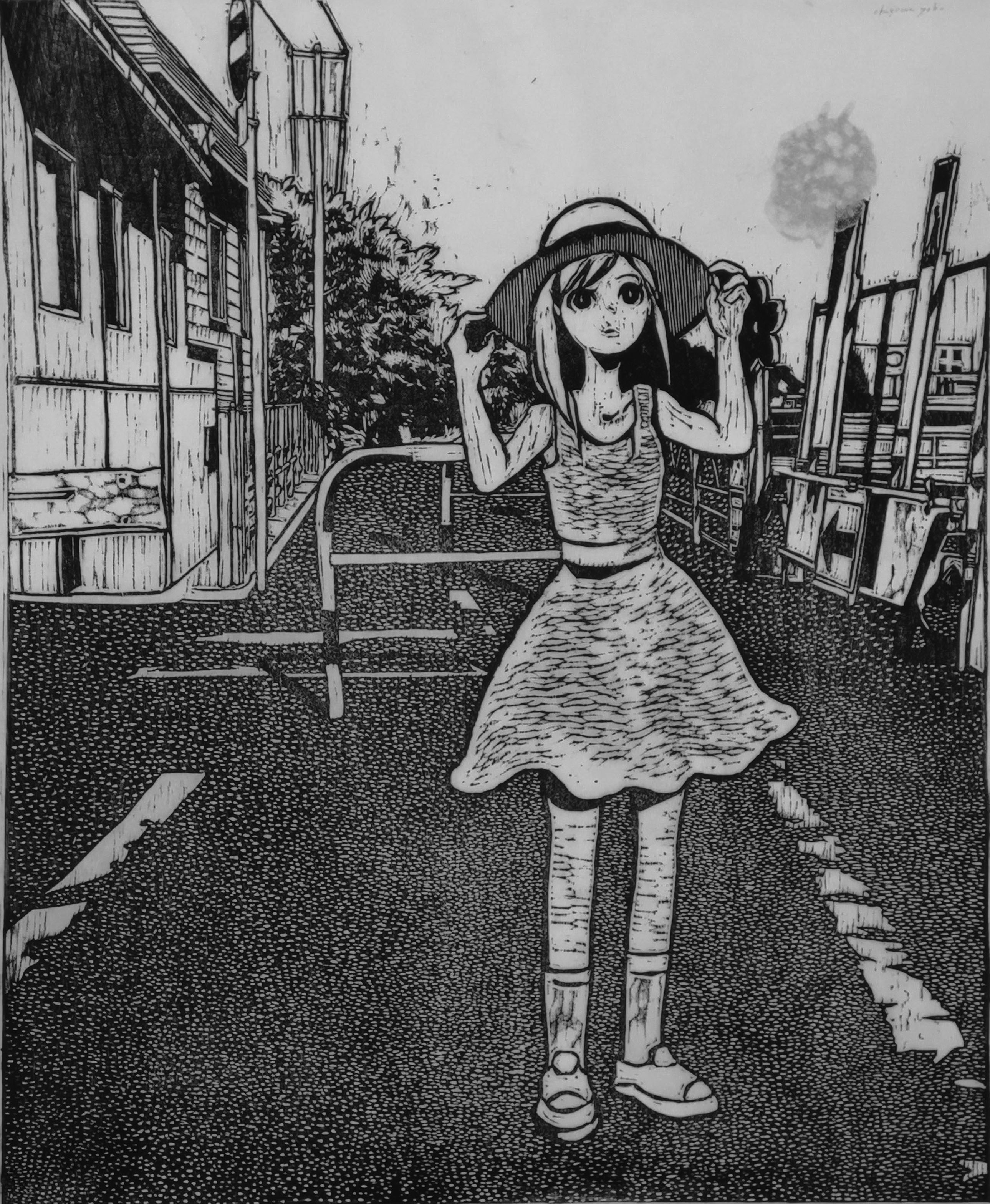 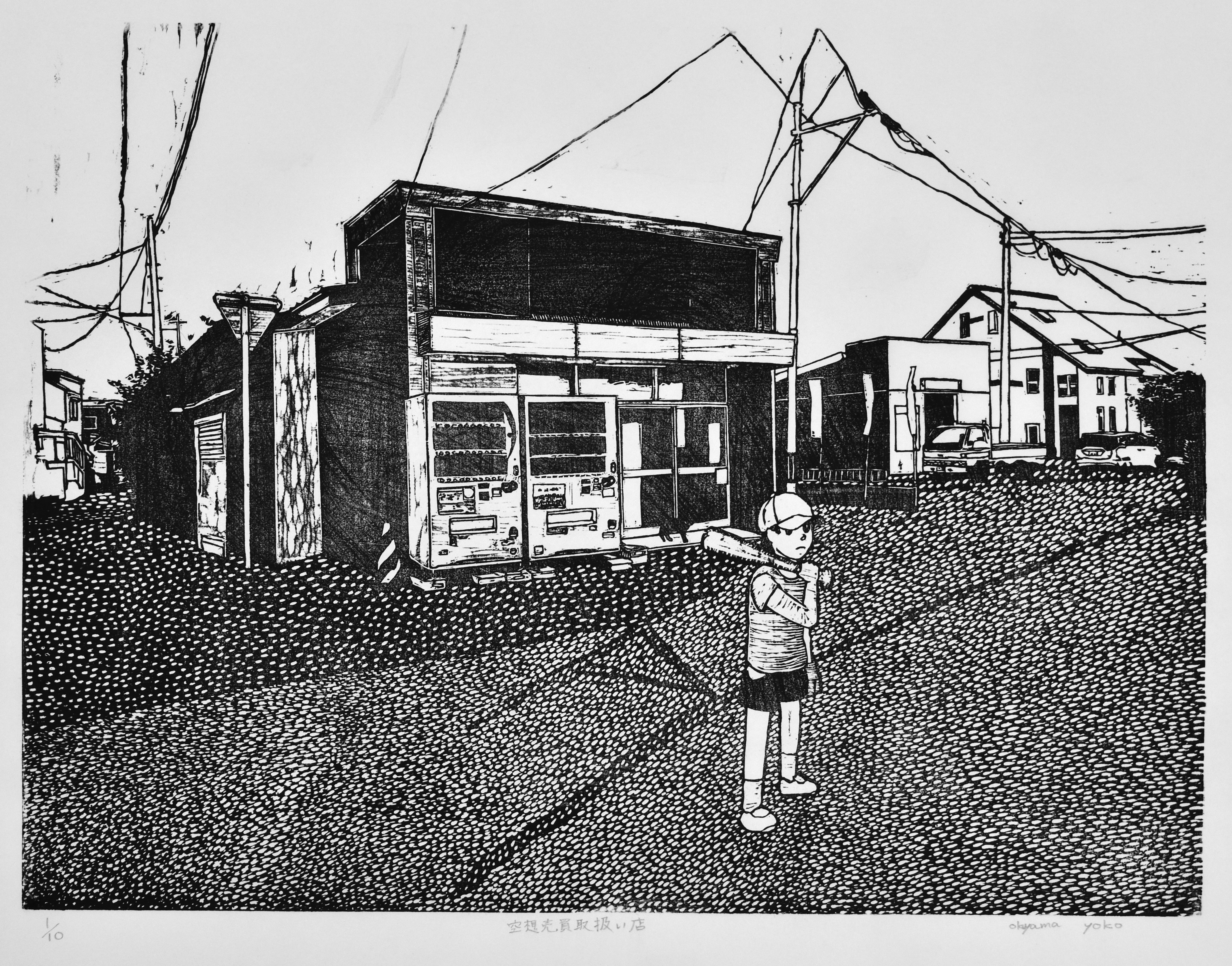 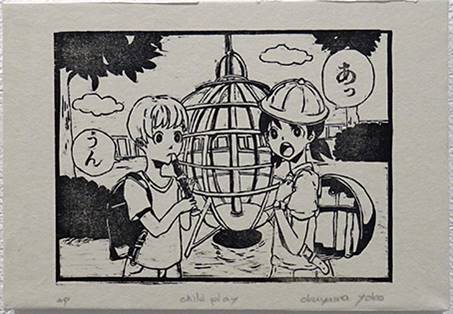