1965, he entered Tokyo University of the Arts where he studied oil painting under Western style painter, Ryohei Koiso(1933-1988).

After completing the graduate school of Tokyo University of the Arts in 1971, he returned to Sapporo in 1974 and then had continued to devote himself to painting in Hokkaido until his death in 2017.

In this exhibition space, Hanada’s representative works drawn in 1990s, the series of Sea and Wave are introduced.

Sea was a special motif for Hanada. Though Hanada’s parents’ home was not engaged in fishery, tracing back to Hanada’s family line, we find that he is related to the old family “Hanada”, who was once flourished with herring fishing in Meiji Era, then leading to “The former Hanada family” who has owned BANYA, a simple lodging house for fisherman, which is the largest existing house in Hokkaido and nationally designated as an important cultural property. That’s why Hanada had thought his root was nurtured by the bounty of the sea. 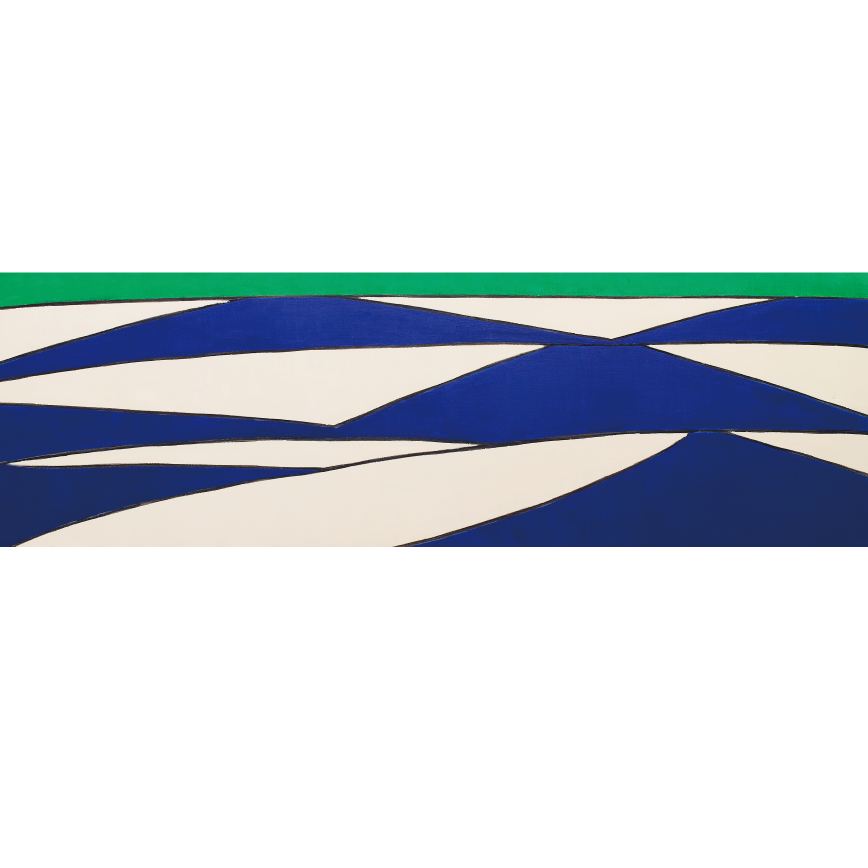 Wave-3 (1990) is the one of the series “Wave”. You’ll see swaying waves are drawn on the entire panoramic wide screen.

The description of the waves here is simplified and the contrast between white and indigo blue is vivid.

When Hanada draws landscapes, he is said to first stand on the spot by himself and draws based on the real feeling sensed there, which might be a reason why this work makes you experience bodily sensation as if you were floating in the sea, and simultaneously gives you an impression of a scene of far-distant wavering ocean.
It can be said that Hanada’s works, abstracted with simple shapes and vivid colors, will produce as many impressions as the number of viewers. 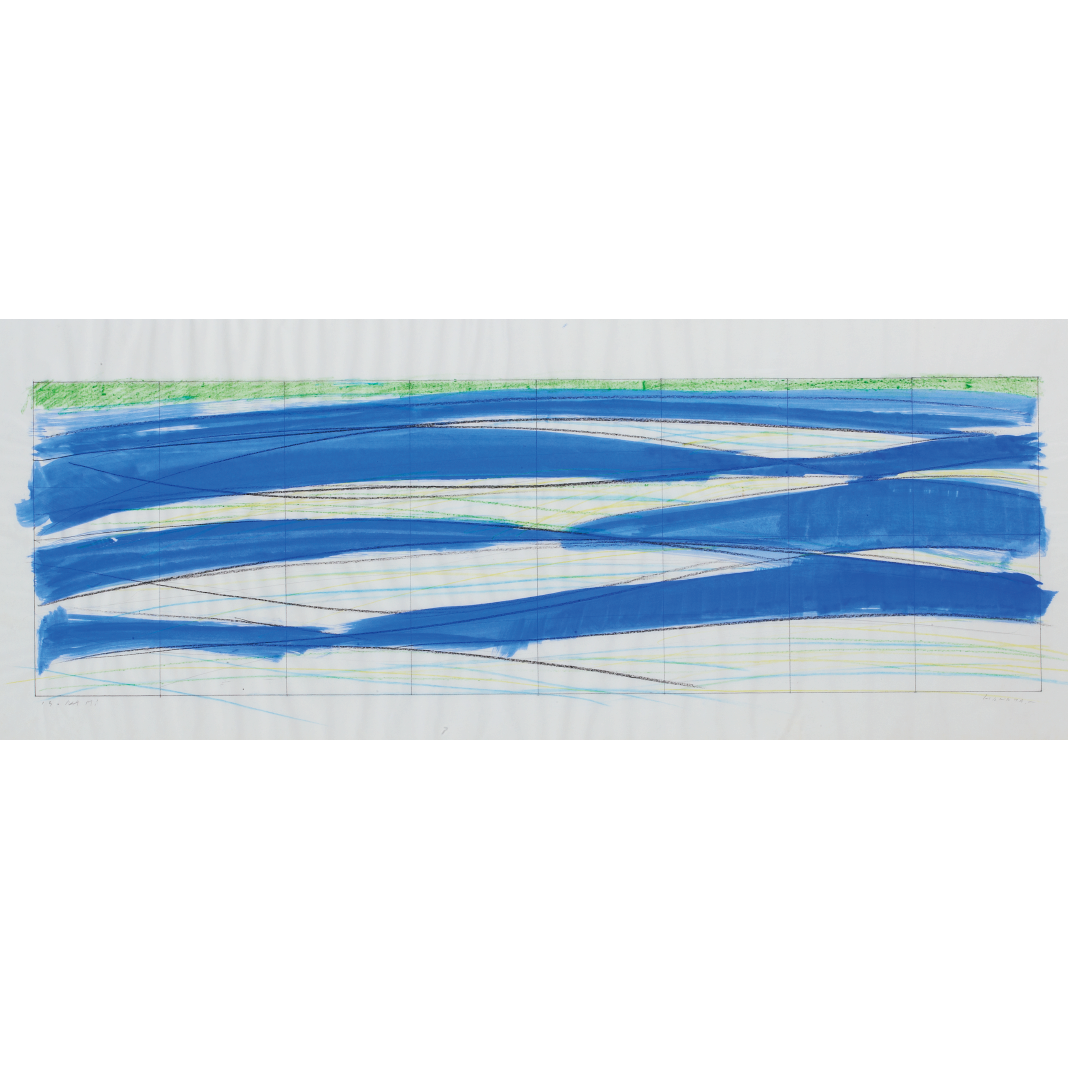 This first space of the exhibition represents Hokkaido, surrounded with magnificent oceans, by placing the paintings of seas on four walls of the room, and invites you to the world of paintings by Kazuharu Hanada starting here. 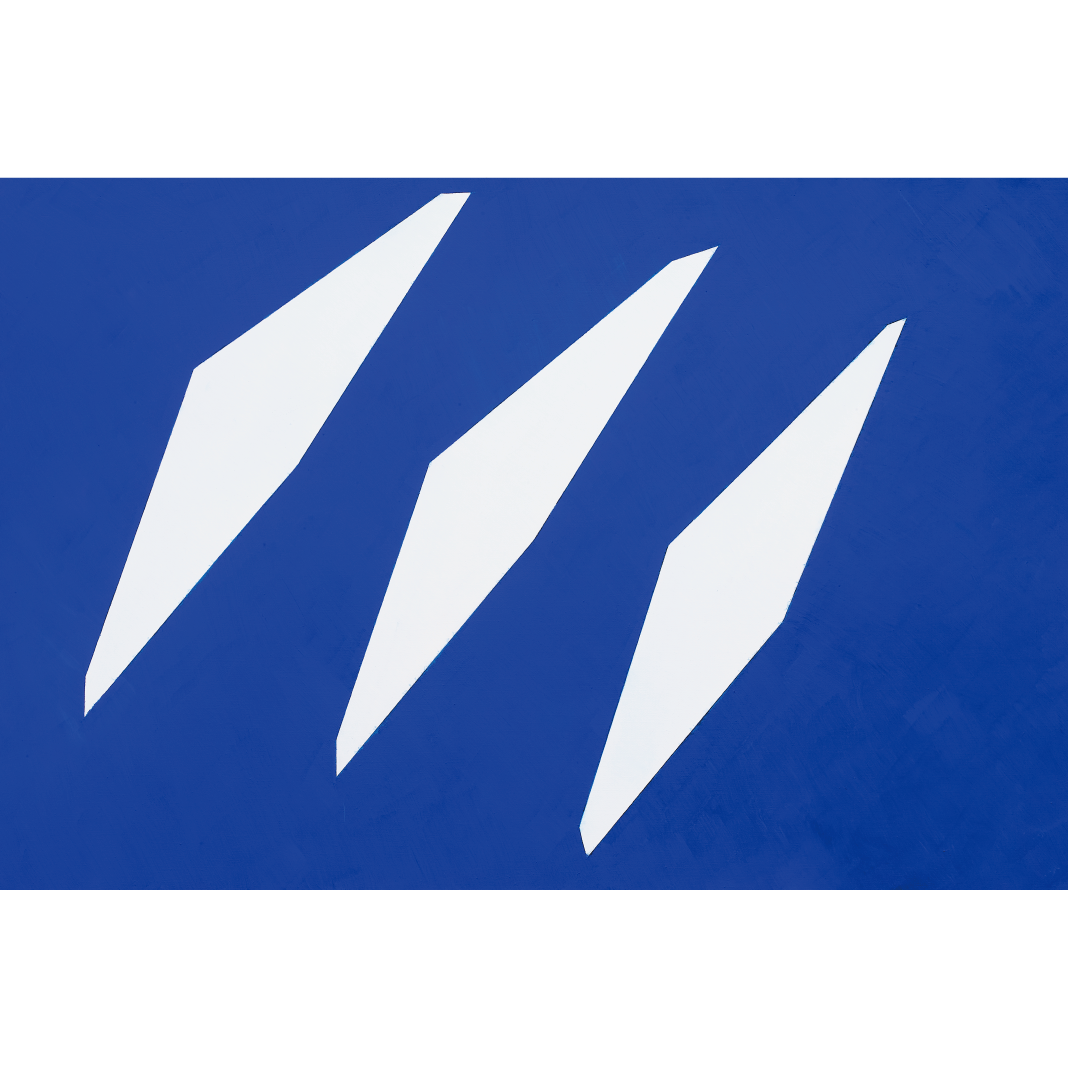 Next→ Exhibition Space 2 ＃2 The Day of Search

Exhibition Views from “The World of Kazuharu Hanada” by 360°Camera

About the Exhibition from here